Filth in the Light

Last August, we played our first shows after a year of silence. We want to thank Laster and Slakkengang for a healthy return. As we slowly crawl to the end of the last song before we enter the studio, we have been asked for three shows at the end of November.

On Friday the 21st, we will salute the passing of Mondvolland in Arnhem.

Saturday the 22nd, we will play our first Belgian show in a church in the center of Antwerp. Safe to say, we are curious.


We will be joined by amazing Belgian newcomers Drawn into Descent , up-and-coming blackmetalincrowdfest Wiegedood and Southern Lord favourites Hessian 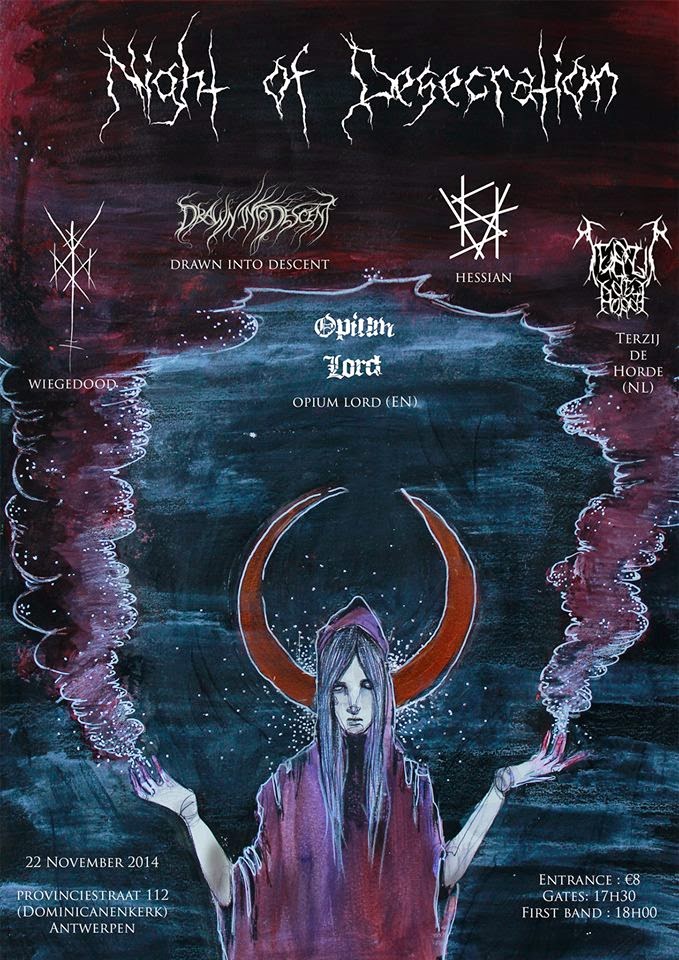 Sunday the 23rd, we will round the tour up with a show in one of our favourite venues in the Netherlands, De Onderbroek. The last time we played there, we were still called Liar Liar Cross On Fire and 3/5th of the current band played in far worse bands. We will play with Deer in the Headlights, who are a Bosnian screamo band with an intensity and rage not unlike ours.

During this tour, at least two new songs will be performed, possibly three, and we will bring the last 12"s of the EP with us.

Regarding the split 10"s, the first three installments of Elemental Nightmares have been released according to plan, and they sound amazing. This will also mean that our release will see the light of day December 25th. Hail Mithras.